Liquidated damages at 10% of the contract price of the subcontract are unusually high for the contractor’s breach of the main construction contract when it hires a subcontractor without prior permission from the employer. The tough penalty is to appear as a condition in the bidding announcement for each of the 14 civil construction contracts for the first phase of the Thai-Chinese northeastern high-speed rail linking Bangkok with Nakhon Ratchasima.

The high rate to penalize an unauthorized engagement of a subcontractor reflects a new trend that is becoming increasingly common for a government construction contract to impose a penalty specifically for this type of contractual breach, without prejudice to the employer’s ability to claim other damages from the contractor. It also indicates a widespread practice of main contractors farming out their work to others instead of performing the work themselves, with or without prior approval of the employer.

The 10% flat rate applies in addition to the more normal daily liquidated damages of 0.1% of the contract price of the main construction contract for any other breach.

New Contract Due for E-Bidding on September 25

Of the 14 civil construction contracts, eight have been awarded, four are due for e-bidding on August 26, and the latest contract on Wednesday, September 25 for the 12-kilometer section between Saraburi and Kaeng Khoi in the Central Plains with the medium price of 10.4 billion baht (USD 336 million). One more contract to go until all the 14 contracts are put out to tender.
Bidding announcements for all these different contracts share similar terms and conditions.

For the distance of 253 kilometers, the 600-seat train could run at the maximum speed of 250 kilometers per hour and take one hour and 30 minutes at the total fare of 253 baht or an average of one baht per kilometer, cheap even by local standards, to be increased 15% every five years.

On December 19, 2014, Thailand and China signed a memorandum of understanding to launch cooperation to build the high-speed rail from Bangkok to Nong Khai via Nakhon Ratchasima, with China Railway Corporation leading a Chinese consortium to play vital roles in design, construction supervision and provision of train systems and training, leaving civil construction work to be undertaken by the Thai government.

The detailed design work for the 14 civil construction contracts was completed by a member of the consortium, China’s Third Railway Survey and Design Institute Group Corporation.

The Chinese side has also been providing construction supervision consultancy services to the Thai government project-owner and supervising civil construction under the 14 contracts.

After all, the high-speed rail will extend further from Bangkok – Nakhon Ratchasima – Nong Khai in Thailand into Vientiane of Laos, heading north to end in Kunming, China.

From China’s perspective, this project is part of the One Belt One Road global strategy, with a grand plan in Southeast Asia for the high-speed rail to connect the entire region by running from China, to Laos, past Thailand and Malaysia with the final destination in Singapore.

Thailand’s chief incentive to spend 179,413 million baht to build the country’s infrastructure could be illustrated from the financial figures from 2018 when 10.5 million tourists from China visited the country spending 580,000 million baht (USD 18.7 billion), more than half of the country’s income from tourism. The potential revenue is payment enough for the investment.
Liquidated Damages Right Not Exercised Is Deemed Waived

What do you know about liquidated damages under Thai law?

Most would say, reciting past Supreme Court Decisions, that Thai courts have the power to reduce the amount of liquidated damages to an extent they see fit. True. That’s correct.

The deemed waiver of liquidated damages is expressly stated in the Civil and Commercial Code (CCC) but is either forgotten or simply unknown to most employers, including many government project-owners.

The CCC provision is not well known among contractors either, leading to some of them fighting in arbitration or in court against the employer’s right to charge liquidated damages and how much of the advance penalty they could reduce, without raising the issue of the employer failing to reserve its right at the time of work delivery.

Non-Waiver Provision in Contract Does Not Work

Construction contacts often include a standard provision which mentions that any right of either party, even not exercised, shall not be deemed to be waived, unless waived expressly in writing by that party.

This general contractual provision may not be able to stand up to the strength of the CCC that requires the employer’s right to liquidated damages to be preserved at the time it accepts the delivery of the work, despite defects, delays or other contractual breaches. The CCC is likely to prevail over the contract.

Penalty Is Government’s Powerful Tool to Get Things Done

Notwithstanding laws of other countries specifying the opposite, liquidated damages are penalty under Thai law.

The rate of penalty at 10% of the subcontract value or a daily penalty of 0.1% of the main construction contract value will not be completely valid and enforceable for the court can downsize it to a more realistic level.

A claim of liquidated damages by the employer in any dispute resolution proceeding will also have to match the monetary damage it suffers—a proof of actual damages in such proceeding is inevitable.

All this having been said, contractors in state projects rarely dispute the issue of liquidated damages, but voluntarily obey the penalty provisions out of the concern that fighting with the government would only be followed by a bleak future of no work—commercial worries weigh heavier than legal. In the practical world, Thai government project-owners never have trouble enforcing liquidated damages, however high they are. 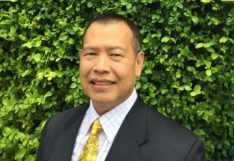